Post separation family violence and Domestic Violence doesn’t necessarily end when a court issues a divorce judgment, custody order or visitation schedule.  Therefore, the Post Separation Family Violence Relief Act is one way in which the Louisiana legislature has attempted to remedy some of the problems relating to domestic violence after divorce.  So, below I have included select portions of the Post Separation Family Violence Relief Act.  By searching Louisiana Revised Statutes 9:361 et seq., the entire Act can be found.

“ ‘ Post Separation Family Violence Relief Act’ includes but is not limited to physical or sexual abuse and any offense against the person as defined in the Criminal Code of Louisiana, except negligent injuring and defamation, committed by one parent against the other parent or against any of the children.  ‘Family violence’ does not include reasonable acts of self-defense utilized by one parent to protect himself or herself or a child in the family from the family violence of the other parent.” La. R.S. 9:362(3)

“There is created a presumption that no parent who has a history of perpetrating family violence shall be awarded sole or joint custody of children.  The court may find a “history of perpetrating family violence if the court finds that one incident of family violence has resulted in serious bodily injury or the court finds more than one incident of family violence.  The presumption shall be overcome only by a preponderance of the evidence that the perpetrating parent has successfully completed a treatment program as defined herein, is not abusing alcohol and the illegal use of drugs scheduled in R.S. 40:964, and that the best interest of the child or children requires that the parent’s participation as a custodial parent because of the other parent’s absence, mental illness or substance abuse or such other circumstances which affect the best interest of the child or children.

The fact that the abused parent suffers from the effects of the abuse shall not be grounds for denying that parent custody.” La. R.S. 9:364(A). ( Post Separation Family Violence Relief Act ) 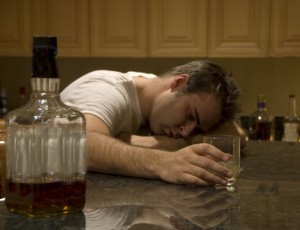