In the Federal Court System there are many different types of Fraud with each crime having its own elements that the government must try to prove. Some of these investigations are being done by F.B.I. agents, the U.S. Attorney’s Office or the Secret Service. If you have been contacted by an Agent or a U.S. Attorney do not give discourage as you still have rights, defenses, and options.

In a federal fraud case, the government will need to prove not that you caused damages, but you had the intent to commit fraud with your scheme.  This is consistent with our legal system, which takes into account the guilty mind or “mens rea” of an individual accused of a crime. 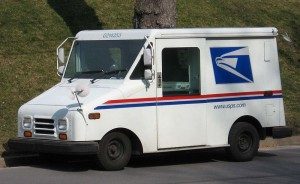 Additionally, the government does not have to show the actual losses that are derived from this scheme, only the intent.

The legal precedent for this was established in the United States v. Pimentel (2004) where the United States District Court for the District of Massachusetts determined that Arthur and Loretta Pimentel misrepresented their payroll and nature of construction performed by their construction firm to pay lower worker’s compensation premiums.  They were charged with Mail Fraud and Conspiracy for this scheme, even though no compensation had been claimed as a result of the fraudulent information provided to the insurer.

If you are under investigation for a fraudulent scheme in Louisiana even it has not been successful or resulted in financial gain, you may still be found guilty of fraud.

When facing these charges in New Orleans, Jefferson Parish, St. Tammany Parish, St. Bernard, or Baton Rouge contact the Weiser Law Firm at 504-358-2273 today to set up an immediate consultation.