Expungement Law in the Greater New Orleans Area and the State of Louisiana has changed recently. Basically, the State has attempted to create uniform expungement forms and rules for all courts in the State. However, the changes have made expungements harder and with more delay. To clean a record in Louisiana there is a process that must be followed properly. The process begins with the determination of whether a not a person is expungement eligible. Our New Orleans Louisiana Expungement Attorney knows the law. 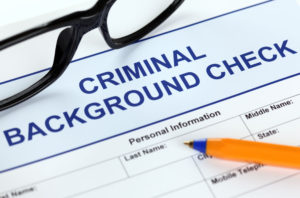 If a charge was dismissed, not prosecuted, or a person was found not guilty at trial they would be expungement eligible (exceptions can be certain sex crimes and violent offenses). If a person plead guilty to a crime under Louisiana Code of Civil Procedure Art. 893 or Art. 894 (And in some circumstances Art. 881.1 ) they may be eligible to clear the conviction from their record. Pleading under these articles of the Louisiana Code of Criminal Procedure will allow someone to go to court to file a motion to set aside a conviction. A conviction on a record requires an extra step that will require an additional court hearing.

Each jurisdiction varies on the way the expungement procedure will happen. In New Orleans Municipal & Traffic Court a court date will not be set as the clerks await the affidavits and responses that are to be filed the Louisiana State Police, New Orleans Police Depart, the District Attorney’s Office and the Orleans Sheriff’s Office. Once those are completed a court date will be set in the future. In Contrast Jefferson Parish’s 24th J.D.C. in Gretna, Louisiana sets a court date once the motion is filed. Our New Orleans Louisiana Expungement Attorney Harold E. Weiser II knows the law.

Alterations into the Law for Misdemeanor Expungement

There are a few subtle changes to legislation for misdemeanor expungements.

In case you are charged with a Misdemeanor:

You qualify for expungement after the prosecution is dismissed or the conviction is placed aside because of Louisiana Code of Criminal Procedure Art. 894(B).

Whether or not you plead under Art. 894(B), you are still eligible for an expungement if 5 or more years have passed since your probation was successfully completed.

Modification to the Rules for Felony Expungement:

A few of the changes to the law are specific to felonies because these crimes are more serious and obviously require more stringent standards to complete the expungement.

If you are charged or charged for a felony:

You are eligible for expungement after the prosecution is dismissed or your conviction is placed| aside because of this of Louisiana Code of Criminal Procedure Article 893(E).

Also if you would not plead under Article 893(E), you are eligible for expungement if more than ten years have passed since your sentence was completed,  providing you have no open felonies charges and you have no criminal convictions on your record for the 10 years since the completion of your sentence for the previous felony.

You qualify for an expungement if you were convicted for own or possession with intention to distribute a controlled dangerous substance.

You are not eligible for expungement if the crime was for attempted or completed:

As a caveat to this, there is a particular crimes which were identified as sex crimes, but are no longer private this way. If you were convicted or pleaded guilty to one of these crimes, it is possible you are eligible for an expungement of your record. A careful review of your case by an New Orleans Louisiana Expungement Attorney will be necessary.

We are viewing some push back from the Louisiana State Law enforcement officials, who maintain the Louisiana Bureau of Criminal Identification and Information, who believe if the offender was arrested because of a domestic abuse or domestic violence incident then the defendant is not eligible for an expungement. Call and experienced New Orleans Louisiana Expungement Attorney if your case arose from a domestic disturbance.

You are never entitled to an expungement if you were convicted of, or pleaded guilty to, distribution or manufacture of any drug or manipulated dangerous substance.

**Orleans Parish fees are different than stated above due to the Covid-19 pandemic.

Uniformity of Expungement Rules in Louisiana

The new law gives the State and Municipal entities and law enforcement groups 60 days to respond to an expungement from the date they are served. Each court handles that matter differently, but typically a court date is set 70-90 days out.

At the hearing, the defendants-in-rule (the District Lawyer’s Office, the Arresting Organization|, and the Louisiana State Police may object to the expunction. They may also waive their opposition in writing, if they choose. If a get together fails to appear for the hearing, fails to file an objection, or fails to waive their appearance in writing, they forfeit their rights to object the expungement.

This kind of means that you will have a longer turn-around time for an expungement to be completed.

Note: All fees are non-refundable.

Fees may be waived for:

Expungement Attorney for DWIs in Louisiana

There are several changes and additional requirements Driving While Intoxicated charge expunged from your record. If you pleaded guilty to Driving a car Under the Influence, you are required to send a certified letter to the DMV that includes a certified copy of the record of the plea, fingerprints of the defendant, proof that the defendant meets certain requirements of Louisiana Code of Criminal Procedure Articles 556-556. You need to pay an additional $50 to the DMV for the handling of the motion for expungement by the DMV.

Other Updates Pertaining to Expungements

A defendant in a multi-defendant case can get an expungement and the expunged person can be removed from the record.

If you were convicted or pleaded nolo contendere (no contest) to a misdemeanor or felony, and you are wondering if you now have the possibility to have your arrest or guilty plea expunged from your criminal arrest history, please feel free to give highly skilled New Orleans Louisiana Expungement Attorney at the Weiser Law Firm a call at (504) 358-2773.

The expungement process in Louisiana has become very time consuming and complicated. If the procedure is not done correctly the arrest and/or conviction will stay on a person’s criminal record. It is very important to have this process done correctly. See New Louisiana Expungement Law