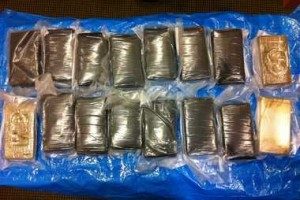 So, if you have been charged with or arrested for Drug Crimes in the State of Louisiana you need a New Orleans Drug Charges Criminal Defense Lawyer.  Contact Harold E. Weiser III., with the Weiser Law Firm at 504.358.2273. In summary, this will ensure that you receive the highest-quality Drug Crimes criminal defense possible.

In New Orleans and the rest of Louisiana, federal and state officials are very serious when it comes to drug-related criminal charges. First, laws on both the state and federal level provide zero or close-to-zero tolerance for drug offenses. Also, investigators and prosecutors pursue these charges aggressively. In addition, criminal penalties for these offenses are becoming increasingly harsh. For example, if you are convicted of simple possession of marijuana less than 28 grams, you face up to 5 years in prison. And, on a third offense charge you will face up to 20 years in prison. In conclusion, the Federal Court Sentencing guidelines vary depending on amount and prior criminal history.

For other charges, like possession of large quantities of a controlled substance, possession with intent to sell, or trafficking, a convicted individual will face significantly more severe penalties. Worse yet, some of the more minor drug offenses are felony offenses. For example, possession of less than 28 grams of marijuana is only a misdemeanor unless it is packaged with the intent to sell. Hence, if you are convicted of possession of more than 28 grams of marijuana in the state of Louisiana or elsewhere, you will have a felony conviction that you will need to disclose any time you complete a background check in the future. Significantly, this will hamper your ability to find a job in the future.

To summarize, the crimes of Drug Crimes in the State of Louisiana will be either a felony or misdemeanor depending on the severity and evidence of the case.  In essence, what that means to Drug Crimes defendants in the state of Louisiana is that they may face the possibility of incarceration in the local detention center (Parish Prison) or the Louisiana Department of Corrections, and or fines and court costs. 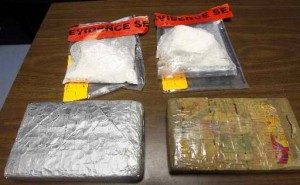 Parole & Probation for Drug Crimes in the state of Louisiana

In addition to facing possible time in jail or prison, District Court and Circuit Court Judges in the state of Louisiana can place you on a period of probation from One (1) day to Five (5) years.  So, probation may require you to check-in with a Louisiana Parole and Probation agent once daily, weekly, and monthly or on a bi-monthly basis.

Also, probation may also be supervised or unsupervised and that will be decided by the Judge that the case is heard before. Supervised probation requires your presence at one of the many parole and probation offices located around the state of Louisiana.

In the state of Louisiana, the severity of Drug Crimes charges in the Greater New Orleans Area depends on several criteria:

Drug Crimes cases can be complicated and difficult to litigate and defend.  Drug Crimes charges are strongly pursued by law enforcement and the state’s attorney for the jurisdiction in which the crime allegedly occurred.

If you have been charged or arrested for Drug Crimes in Louisiana, you need an experience, skilled, trusted, and knowledgeable Drug Crimes criminal defense attorney.  Without the assistance and help, you have little chance of winning your case, if it goes to trial.

As a New Orleans Drug Charges Criminal Defense Lawyer, we will conduct a thorough investigation.  This investigation will cover the details and specifics of the charges.  Hence, we will formulate the most appropriate argument for your Drug Crimes defense.

To begin with, repeat drug offenders face stiffer penalties and longer jail sentences under the Louisiana Habitual Offender Statute.  Furthermore, when a drug case involves large quantities of an illegal substance, charges may increase to possession with the intent to distribute.  In addition, an individual may also face enhanced charges and stricter sentencing if found in possession of illegal drugs in proximity to areas such as:

Sometimes, persons charged with drug possession may not necessarily have to go to trial to resolve their case.  For example, you may be able to achieve a resolution via negotiations with the district attorney.  In addition, a first time offense of simple possession of certain controlled dangerous substances may qualify for a drug diversion program rather than a prison term. Also, Diversion programs are not available to offenders facing distribution charges.

Often, the law enforcement agencies or State’s Attorney’s office for the parish in which you have charges will overlook an aspect of the case. SO, If this happens, we will find other witnesses. Or, find evidence to present to the Court or state’s attorney’s office to support your side of the case.  To summarize, we will work with you and fight for your rights and freedoms.