To begin with, what starts out as a simple fight can escalate quickly. For example, an incident can transform from words being thrown around to fists flying or weapons being drawn. So, as a Violent Crimes Defense Attorney New Orleans, we can help navigate the situation.

Additionally, whether you were involved in a bar fight or a quarrel between partners, criminal charges for Battery, aggravated assault or domestic violence can have a significant impact on your future. When so much is at stake, it is critical to have an experienced criminal defense attorney on your side.

Whether your charge involves aggravated assault, simple assault or another violent crime, you can trust in The Weiser Law Firm. From the initial hearing to the resolution of your case, you can rely on us to fight for your rights and your freedom. We offer aggressive defense in all types of violent crime cases, such as: 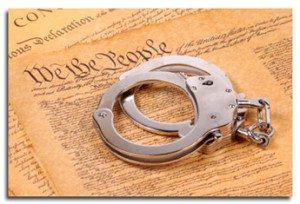 We will work diligently in establishing your defense. In addition, we take great attention to detail in reviewing evidence, identifying and interviewing witnesses. Lastly, we will analyze the conduct of the investigators and arresting officers to ensure that everything was done within your rights.

No matter how serious the alleged crime is, the authorities must abide by the law. If a confession was obtained illegally, we work hard to get it suppressed from the record.

Arrested After a Bar Fight? Don’t Talk to the Police.

If you are charged with a violent crime, it is in your best interest to exercise your right to remain silent. Simply put, do not talk to the police if they arrest you. For example, providing any information to them without the benefit of legal counsel could damage any defense established for you.

Battery is defined under Title 14 of the Louisiana Revised Statutes in the following manner:

Battery is the intentional use of force or violence upon the person of another; or the intentional administration of a poison or other noxious liquid or substance to another.

Assault definition is under Title 14 of the Louisiana Revised Statutes in the following manner:

Assault is an attempt to commit a battery, or the intentional placing of another in reasonable apprehension of receiving a battery.

The definition of aggravated battery under Title 14:34 of the Louisiana Revised Statutes in the following manner:

First, aggravated battery is a battery that happens with a dangerous weapon.

Also, whoever commits an aggravated battery will be subject to a fine not more than five thousand dollars, imprisoned with or without hard labor for not more than ten years, or both.

Similarly to Aggravated Assault, Aggravated Battery involves the use of a dangerous weapon

Centrally located in Mid-City New Orleans, the Weiser Law Firm serves clients from across Louisiana, including:

Because of the severity of the crime, law enforcement in all parts of the seven-parish Greater New Orleans area take charges of battery, domestic abuse battery, assault, and aggravated crimes very seriously. So, if you have charges with either of these crimes anywhere in the New Orleans – Metairie – Kenner area, including the Northshore and River Parishes, The Weiser Law Firm can help you preserve your innocence and your good name.

Lastly, for more information or to schedule a free initial case evaluation with an experienced criminal defense lawyer regarding a charge of aggravated assault, battery or another violent crime, Contact Attorney Harold E. Weiser, III at 504-358-2273 or 504-220-9086. or click here to contact us