FEDERAL MONEY LAUNDERING is a criminal offence. It is punishable in various ways depending on the amount of money and level at which the money was laundered.  In the United States, the war against money laundering is split up in two ways:

Under Bank Secrecy Act of 1970 the sections 5311 to 5332 of Title 31 that requires banks and other financial institutions to report certain account activities to the United States Treasure.

The transactions that raise the most concern are the ones that involve large amounts of cash that exceed $10,000 dollars.  Transactions like that will be reported on the Currency Transaction Report (CTR) that will then set out to determine who is the person behind the transaction as well as where the cash is going. Also the Suspicious Activities Report (SAR) is filed when the individual makes frequent cash deposits at different bank locations and that are broken down in small cash sums. Businesses like automotive dealerships that receive cash that exceeds $10,000 must file 8300 Form with the IRS to report the cash source.

What penalties can one be facing if convicted of money laundering?

If You are being suspected, targeted, or charged with a FEDERAL MONEY LAUNDERING crime in New Orleans, Jefferson Parish, St. Bernard, St. Tammany Parish, or St. Charles Parish, Louisiana call the Weiser Law Firm to discuss the matter at 504-358-2273. 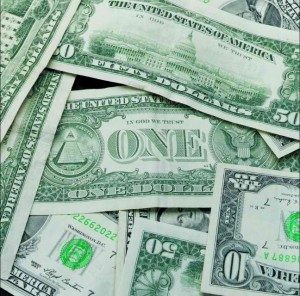 Attempting to avoid a CTR

There are people who do not want the Internal Revenue Service (IRS) to know about their cash transactions and therefore form various methods to evade them. One of these methods is structuring cash transactions, which individuals break up their transactions into smaller transactions of less than $10,000 to prevent their bank from a Currency Transaction Report (CTR) with the IRS.

Before 1986, cash structure transactions were widely done and legal. However, after the passing of 31 U.S.C. § 5324 in 1986, it became illegal to structure a transaction to avoid triggering an otherwise applicable reporting requirement. According to 31 U.S.C. § 5313, a financial institution is required to file a CTR with the IRS whenever it engages in a transaction of $10,000 or more in cash.

So, if a person makes two or more deposits, each less than $10,000 but together more than $10,000, that person may be subject to investigation. This could be structuring his or her transactions to prevent the bank from filing a CTR with the IRS. While the cash within this situation may be made through perfectly legal activities, the fact that the person is intentionally breaking the amount up to avoid reporting to the IRS is a considered a crime.

What should I do when the IRS or other Agents comes knocking on my door?

Prevention is usually the best way to go. At the beginning of a fraud investigation, it is best to seek an experienced federal criminal defense counsel for a consultation on what to do next before speaking with the IRS.

If you are being investigated or arrested for illegal cash structure transactions, then call our office at 504-358-2273 to get professional legal advice.