First, having an accusation of or being under investigation a drug offense is scary, and dangerous. For example, such accusations are scary because agents investigating such crimes are often aggressive and overbearing. Also, these cases are frightening because the penalties can be so severe. Second, investigations in New Orleans, Jefferson Parish, Slidell and Southeast Louisiana have increased since Hurricane Katrina with more D.E.A., A.T.F. and F.B.I. agents arriving in the area every month. So, if you need a Federal Drug Crimes Defense Lawyer, call Harold Weiser with the Weiser Law Firm at 504-358-2273. Or click here to contact us.

Drug crimes spring from a wide variety of fact patterns. At the Weiser Law Firm we represent people who have been accused of growing, selling, producing, importing, delivering or possessing drugs. The drugs involved in these cases include cocaine, heroin, LSD, methamphetamine, ecstasy (MDMA) and marijuana. In addition, in recent years, prosecutors often rely upon the Controlled Substance Act and other laws to prosecute physicians for alleged over-prescribing. We have successfully litigated cases involving Xanax, Oxycotin, Adderall, Ketamine, Hydrocodone, Oxycodone, Valium, and many others. 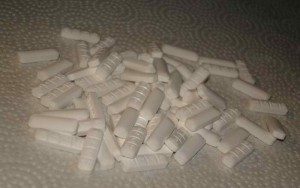 Over the past several Years penalties in Federal Court related to drug crimes have been more harsh. The Federal Sentencing Guidelines set mandatory minimum sentences and create levels of severity to the crimes. A person’s previous criminal record also has an affect on the sentencing range that one may receive. As a Federal Drug Crimes Defense Lawyer the Weiser Law Firm we haS extensive experience and have studied the complex sentencing rules.

An accusation of a drug crime is frightening for anyone and requires diligent work to defend. However, we work especially hard when our clients are young. It is so important to make sure that a youthful mistake does not become the defining moment in a young person’s life.

Whether you are young or old, whether you are being investigated, questioned or charged with a crime involving marijuana, cocaine, methamphetamine, ecstasy (MDMA), heroin or prescription narcotics, you need a lawyer who knows the law, and who is willing to fight for you. Feel free to call us at 504-358-2273 or email at [email protected] if you would like an appointment to discuss your situation.